3 Signs PRK Could Be Right For You 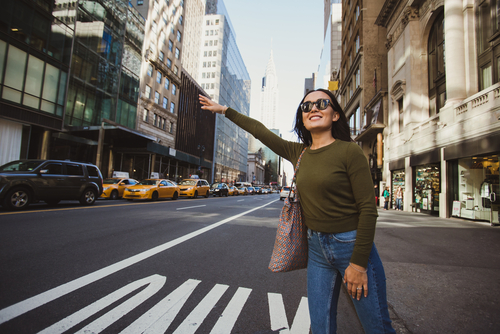 While it’s true that LASIK is the most popular form of surgical vision correction, it is not the only option. LASIK is a great procedure, but it’s not right for everyone.

That’s why having alternatives is so key. One such alternative surgery is called photorefractive keratectomy, or PRK for short. Keep reading for three signs that PRK could be right for you!

PRK and LASIK aren’t that different

PRK is actually a lot like LASIK. Both involve reshaping the cornea so light can pass through and focus on the retina properly. But when comparing LASIK and PRK, there is one big difference: a corneal flap.

During LASIK, a flap is cut into the top layer (epithelium) of the cornea. The actual process of reshaping the cornea is done to the thicker middle layer of the cornea.

At the end of LASIK, the top layer is carefully placed back down. During short recovery time, the top layer re-attaches itself to the rest of the cornea. The creation and use of this flap reduce the duration of recovery when compared to PRK.

During PRK, there is no flap created. Instead, a section of the epithelium is completely removed. The reshaping is still done to the middle layer, but the outer layer must completely heal over. This takes longer but is necessary for the three following situations:

1. You have thinner than normal corneas

To get LASIK, you must have enough corneal tissue available. Patients with thinner than normal corneas are not considered good LASIK candidates. Getting LASIK with thin corneas puts patients at a higher risk of complications while recovering. By doing away with the flap, you remove the risk of complications.

2. You have had a serious previous eye injury

Scarring on the cornea can make LASIK much less precise. Excessive deep scarring could potentially disqualify you from even receiving PRK. Corneal scarring would also make you more likely to suffer complications during LASIK.

3. You are concerned about flap complications for other reasons

While it’s true that most complications with LASIK occur with the flap during recovery, the risk is still low. Like any procedure, LASIK does come with its own set of risks.

There’s no reason why you can’t get PRK if you think it would be better for you. This is true even if you don’t have any physical reason to get PRK instead of LASIK. It is generally better to go with the known than the unknown. With PRK, you’re less likely to suffer from complications since there’s no flap.

The recovery process is longer since the epithelium has to regenerate. This is a process that can take several weeks. Besides a longer recovery period, PRK has the same results as LASIK.

You can find out which surgery is the best fit for you during a LASIK consultation at Vermont Eye Laser. During your consultation, your corneas will be measured, along with other aspects of your vision.

Schedule a LASIK consultation at Vermont Eye Laser in Burlington, VT today! Isn’t it time to say so long to glasses and contacts for good?