What Are My Options If I Can’t Get LASIK? 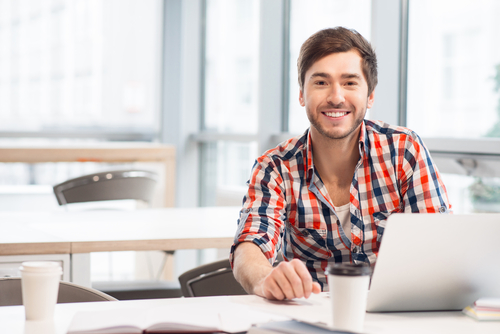 Not everyone can get LASIK. This may sound like awful news if you are looking to free yourself from glasses and cataracts, but don’t worry. There are actually several options out there for you depending on your wants and needs.

PRK has only one major difference from LASIK. During LASIK, the top layer of the cornea is cut into and removed. The tissue remains attached by a small amount creating a thin flap.

This flap is created so that it can be set back down after a tiny amount of corneal tissue has been removed. This reduces the amount of time it takes to recover from LASIK.

While this process is very effective, not everyone has corneas thick enough for LASIK. For those with thinner corneas, PRK is best. With PRK, a small part of the cornea’s top layer is completely removed. After the corrections are made, the cornea will heal itself.

It takes the cornea longer to heal after PRK, which makes the recovery process lengthier. The upside of PRK is it allows people who are not LASIK candidates to have visual freedom. The results and safety of PRK is comparable to that of LASIK, and it is often recommended as an alternative.

RLE is a refractive surgery that is usually reserved for cataract surgery. It can also treat patients with presbyopia. Unlike PRK and LASIK, RLE achieves its goal by replacing the lens.

The lens of the eye sits behind the pupil and helps to focus light onto the retina. From here, the image is then translated into something the brain understands.

RLE begins with the creation of a flap in the cornea. Although this is similar to LASIK, it’s where the similarities end. Rather than use a laser to remove cornea, a sonic device breaks the lens into pieces.

These pieces are then taken out of the eye using gentle suction. Once the lens has been removed, the new lens gets put in.

The shattered natural lens is replaced with an IOL, or intraocular lens. There are many different kinds of IOLs that allow you to see in different ways. Before cataract surgery, you should discuss what kind of IOL will be best for your lifestyle.

The advantage of IOLs is their ability to correct refractive errors. Not only can you have your cataract removed, but you can have vision better than before!

The most basic IOL is a monofocal IOL, which allows you to focus light at either near or far distances. This means you will still need glasses after the procedure.

Multifocal IOLs allow you to see both near and far, making them a much more popular option. Another popular option is an accommodating IOL. This IOL is the closest to a natural lens since it mimics its movement. If you have astigmatism, a Toric IOL will most likely suit you.

Unsure how to get started? Contact New England Vision today to schedule a consultation in Burlington, Vermont today!