How Do I Pick The Right IOL For Me? 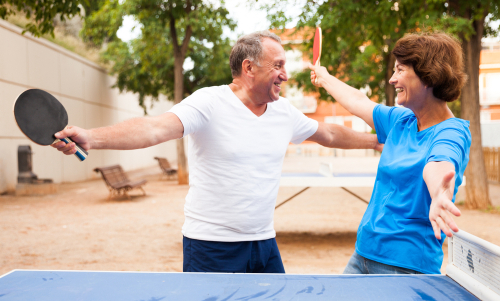 You may think that removing your cataracts is only up to your cataract surgeon. In reality, you have a large part in the decision making part of the procedure.

How? You have to make a decision about what kind of IOL you choose to have.

An IOL or intraocular lens is what replaces the natural lens of your eye after removing it during cataract surgery. The process is very safe and remarkably fast.

It is also customizable, which is the first part of choosing the right IOL. Keep reading to learn more about how you can pick the right IOL!

There are two categories of IOLs that you need to know about: standard and premium.

There is only one standard IOL option, which is a monofocal IOL. The monofocal IOL provides quality sight at one range, either near or far.

This means you will need to use glasses or contacts to see for the unchosen distance. Monofocal IOLs are acceptable if you don’t mind using glasses after cataract surgery.

After some training, your brain will be able to “switch” between dominant eyes. It can take some getting used to but many people have no problem using monovision!

Multifocal IOLs work by featuring zones incorporated into the IOL. These zones change the focus of the light as it enters the lens.

Toric IOLs are specifically designed to treat astigmatism. They are the only IOL with this distinction.

Aspheric IOLs have the added bonus of reducing instances of small minor vision issues that other spherical IOLs are known to create.

After you’ve become more familiar with IOLs, you’ll need to decide what you want to get out of cataract surgery. Are you okay with needing to rely on glasses and want a budget-friendly option?

Monofocal IOLs should do the trick. Do you want to keep costs down while still trying for better vision? You can go with monovision, as long as you don’t mind getting accustomed to it.

Are you willing to invest in your vision, possibly resulting in better vision than you’ve ever had? Go with a premium option.

Multifocal IOLs provide a well-rounded vision experience. Accommodating IOLs allow you to transition between focal ranges more smoothly. You may sacrifice some near vision because of this.

Toric IOLs are a must for people with astigmatism, and aspheric IOLs are a nice touch for even better eyesight. Take these things into consideration when making your choice about IOLs.

While your IOL choice is a personal decision, make sure to ask your eye doctor for their recommendation. The best time to do this is during your cataract screening.

Don’t have one in the books yet? Schedule one at Vermont Eye Laser in Burlington, VT! Be sure to have a discussion about which IOL choice is best suited for your lifestyle.